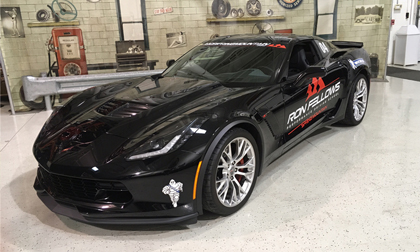 PALM BEACH, Fla. – March 1, 2017 – Barrett-Jackson, The World’s Greatest Collector Car Auctions®, will celebrate its 15th Anniversary Palm Beach Auction April 6-8, 2017, at the South Florida Fairgrounds with an incredible docket of collector vehicles and events designed to immerse the public in the hobby. The three-day event will include a variety of automotive and lifestyle activities, including Ford and Chevrolet Ride ’N Drives, Dodge Thrill Rides and complimentary “Behind the Hobby” Collector Car Symposiums. Early consignments include a collection of six 2015 and 2016 Z06 Corvettes from the Chevrolet Collection, a 1968 Shelby GT500KR (preview) owned by actor Lee Marvin and a rare 1961 Volkswagen 23-Window Deluxe Microbus (preview).

“Over the past 15 years, Barrett-Jackson Palm Beach has become the most prolific collector car auction in the Southeast, attracting thousands of new people to the hobby” said Craig Jackson, chairman and CEO of Barrett-Jackson. “In addition to the great cars crossing our block, we’ve assembled top experts to share their knowledge with our guests. These symposiums are just one way for people to learn more about the collector car hobby. We go to great lengths to create fun events so each of our guests can take home lasting memories, invaluable knowledge and, of course, their dream collector vehicle.”

Included on the Palm Beach Auction docket are two 2015 and four 2016 Z06 Corvettes from the Chevrolet Collection. Each of these low-mileage and low-VIN Z06 Corvettes were used exclusively by Chevrolet as marketing and promotion vehicles across the United States. Among the Corvettes featured in the collection is a black 2015 Z06 Corvette (preview) that has been displayed at Barrett-Jackson, Woodward Dream Cruise and Corvettes at Carlisle, and a burgundy 2016 Z06 (preview) once displayed at the 2015 and 2016 Bloomington Gold events.

A 1968 Shelby GT500KR (preview) once owned by actor Lee Marvinis one of the original 518 convertibles and one of 231 produced in Acapulco Blue that was delivered in May 1968. It is equipped with a C6 Select automatic transmission, power steering, power brakes and air conditioning. This pristine Shelby has 46,000 original miles, with 1,500 miles since it was rebuilt, and features Carroll Shelby’s autograph and a personal message to Marvin.

“Our Palm Beach Auctions continue to demonstrate the growing enthusiasm for collectible vehicles at all ends of the spectrum,” said Steve Davis, president of Barrett-Jackson. “From prewar classics to the latest muscle, we will have an amazing selection. We’re especially thrilled that Chevrolet has selected Barrett-Jackson to auction their promotional Z06 Corvettes. It is rare for GM to make them available to collectors. We’re proud that Chevrolet chose to have them sell on our block in Palm Beach.”

Finished in Guards Red with black full leather interior, a 1996 Porsche 911 Turbo (preview) will be a crowd favorite in Palm Beach. It features a 3.6-liter 6-cylinder engine with 6-speed manual transmission and includes all books and records. It was recently displayed in the Porsche Cars North America museum.

For more information on becoming a bidder, follow the link to http://www.Barrett-Jackson.com/Bidder/Home. To consign a vehicle for the 2017 Palm Beach Auction, click here,