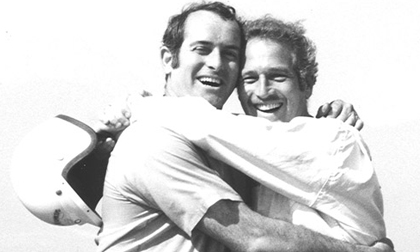 CHANDLER, Ariz. – Feb. 14, 2018 – Bob Bondurant School of High Performance Driving, is celebrating its official 50th Anniversary today. After the horrific crash where Bob’s McLaren steering arm broke on Turn 4 at Watkins Glen in 1967 that ended his illustrious racing career, Bob Bondurant chased his dream of opening a school that would empower other drivers with the skills needed to master car control. Bob opened the doors of his school on Feb. 14, 1968, in Orange County, California, with five vehicles and three students. Since that time, Bob Bondurant’s school has become a world-class driver training facility that annually brings in over $40 million in revenue to the Greater Phoenix-area.

“I opened my racing school on Valentine’s Day in 1968 because of what the day represents,” said Bob Bondurant, founder of Bob Bondurant School of High Performance Driving. “It’s a day that celebrates love and passion. And there’s nothing I loved more passionately than racing and teaching, high performance driving, and just as important, driver safety. Of course, I’m very proud of the incredible influence my school has had on drivers from around the world. I’m so grateful to have created such a great legacy and to be the only family-owned and operated driver training school of this scale.”

Over the last 50 years, the school has grown in both size and reach. From 1968 to 1990, the school was hosted at various racetracks in California, before relocating to its permanent home at the Wild Horse Pass, Motorsports Park in Chandler, Arizona. The school is considered to be “the world’s fastest 100 acres” and boasts a fleet of more than 200 vehicles.

“Bob Bondurant School of High Performance is the only purpose-built driver training facility in the world,” said Pat Bondurant, CEO and President of Bob Bondurant School of High Performance Driving and Bondurant Companies. “It’s taken a lot of hard work and initiative to be recognized globally as the expert authority on driver training and safety. But this 50th Anniversary is not just a chance to reflect on our incredible legacy, this is a milestone to inspire us as we look forward to training the next generation of drivers.”

To date, the school has trained the Bondurant method to over 500,000 students from around the world, including many celebrities from the entertainment and sports industries such as Tom Cruise, Clint Eastwood, 50 Cent, Van Halen, Slash, Sean White, Jimmy Johnson, and Jeff Gordon to name a few. Hollywood actor, Paul Newman, was one of the first three students to train with Bob Bondurant in 1968, for the movie, “Winning”. Bob and Paul forged an unbreakable bond of friendship as Bob continued to coach Newman through movie roles and two decades of racing at LeMans and winning SCCA championships.

“We have a phenomenal reputation and history, and we’re just as excited about our next 50 years,” said Jason Bondurant, Vice President of Bob Bondurant School of High Performance Driving. “My dad says that the technology and performance in the automotive industry has improved by light-years, but those advancements have not diminished the need for driver training. In fact, driver safety is more important today, than it ever was. As we look to the future, we know we don’t have to reinvent the wheel, so we’ll continue to be the undisputed leader in driver training for decades to come.”

“Bob and Pat Bondurant, and their professional team at the Bob Bondurant School of High Performance Driving, have been a wonderful extension of the Goodyear family for many years,” said Bob Toth, Director of Industry Relations at Goodyear. “Their world-renowned instructors, facility and approach to advanced driving are top shelf.  We’re proud to be a part of their legacy and wish to congratulate Bob on his incredible success as a world-class racer and instructor.”

To give everyone a chance to celebrate its 50th Anniversary, Bob Bondurant School of High Performance Driving, is offering a 50 percent discount on all of its classes that are registered only today between 8AM and 5PM MST. In order to take advantage of this 50th Anniversary promotion, guests are asked to call (480) 403-7600 and ask for their 50th Anniversary discount.

From high performance driving classes to racing preparation and law enforcement training, Bondurant has a program that improves skills for anyone. To learn more about Bondurant’s new Fiat Trackside and Road Rally programs, as well as its other classes, please call 1-800-842-RACE, or visit www.bondurant.com