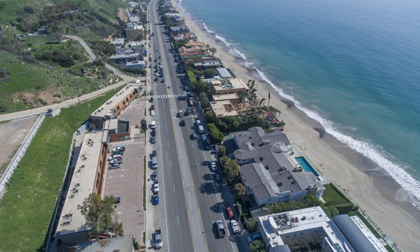 “East Coast Defender’s new Malibu Design Studio will feed the growing demand for our one-of-a-kind Defender builds on the West Coast,” said Scott Wallace, East Coast Defender Co-Owner. “The Studio will give our client base in that part of the country access to a state-of-the-art facility to create the SUV of their dreams. Once the final design has been created, our team in Kissimmee, Florida, will handcraft their vehicle at The Rover Dome.”

East Coast Defender’s West Coast Design Studio will be located at 22333 Pacific Coast Highway, Suite 180 in Malibu, California. Malibu is among the most desirable locations on the West Coast and is widely known for its celebrity homes and stunning scenery, including wide and sandy Zuma Beach.

“For the past four years, The Rover Dome in Kissimmee has become the epicenter of activity for our clients across the country,” said Tom Humble, East Coast Defender Co-owner. “Expanding our operations to the West Coast is a logical next step in the growth of the company. This will be an extraordinary opportunity for our clients to check out our work and meet with our team members in their own backyard, without having to travel across the country.”

The Malibu design studio will be similar to the new one that is set to open at East Coast Defenders’ Kissimmee location. It will include a full complement of accessories including paint, fabric, and wheels, as well as many other interior and exterior options. A finished SUV, prior to delivery, will also be on display so potential clients can see first-hand the incredible craftsmanship by East Coast Defender. Clients in the area can choose to have their custom East Coast Defender delivered at the Malibu Design Studio, at the Rover Dome, or directly to their home.

“Since opening our doors four years ago, our business has rocketed from a simple two-person operation, to a revered brand with clients nationwide,” said Elliot Humble, East Coast Defender Co-owner. “Our growth is a testament to our ability to build only the best, custom Defender’s on the market. We’ve set our brand apart by delivering on the expectations of our clients and I’m excited about our West Coast expansion. I believe it will be the next step in East Coast Defender’s growing reputation as the world’s best custom Defender builder.”

All East Coast Defenders that are designed in the Malibu studio will be hand-built at The Rover Dome in Kissimmee, Florida.