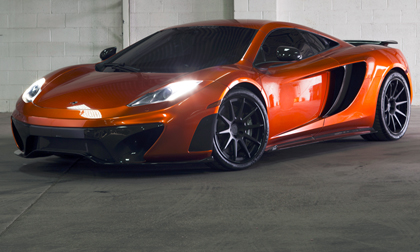 “Modern supercars like those built by Ferrari and McLaren have long been coveted by enthusiasts and collectors,” said Craig Jackson, chairman and CEO of Barrett-Jackson. “As the crown jewels among collections worldwide, they represent the best in automotive engineering, performance and design. It’s been especially rewarding to have helped fuel the desirability of these cars over the last decade – especially among younger buyers. We saw this trend amplified in Scottsdale where prewar classics, which have been historic staples in our Saturday offering, were joined by a host of modern supercars. These supercars are becoming especially popular among Gen X buyers and a surging number of millennials attending our auctions.”

The Palm Beach Auction will continue to build on this trend with highly sought-after supercars, including an extremely rare 2017 Dodge Viper ACR (Lot #722) offered at No Reserve. A one-of-one custom build by Dodge, this Viper has only 405 actual miles and is finished in a special-optioned Matte White paint. Another American-built supercar headed to Palm Beach is a 2005 Ford GT (Lot #740), one of only 523 finished in Mark IV Red. It is powered by a supercharged 5.4-liter DOHC V8 engine mated to a 6-speed manual transmission, and features Ford’s full Aerodynamic Package.

“Over the past several years Barrett-Jackson has helped collectors own the supercars of their dreams, adding not only to their desirability, but to their collectability,” said Steve Davis, president of Barrett-Jackson. “But we’re not just filling a demand for these high performance vehicles, we’re helping fuel it by consigning some of the most collectible and making them accessible to our bidders. We recognized years ago that this was a growing segment in the collector car market ‒ especially among younger buyers entering the market. We’ve built our dockets to feed that trend.”

Modern import supercars – the kind that dreams are made of – will also be among the select supercars at Barrett-Jackson’s Palm Beach Auction. An upgraded 2012 McLaren MP4-12C (Lot #720) offered with No Reserve, is an unmistakable head-turner. Wearing a Vorsteiner body kit and finished in Volcano Orange, this McLaren has an enviable road presence, cranks out 700 horsepower and rides on carbon-fiber, black forged Niche 10-spoke wheels shod in Michelin Pilot Sport Cup 2 tires. Another true supercar heading to Palm Beach, also with No Reserve, is a 2012 Lexus LFA (Lot #742) that cranks out 0 to 100 mph in 7.5 seconds. One of only 500 built worldwide and one of 170 allocated to the U.S. market, this meticulously maintained Lexus has only 5,200 actual miles.

Ferraris will also be a key part of the supercars up for auction in Palm Beach, including a 2014 F12 Berlinetta (Lot #741). With a quarter-mile time of 11.3 seconds at 131 miles per hour, this black aluminum Pininfarina-bodied Ferrari is as fast as it is beautiful. With just 7,304 actual miles, a No Reserve 2010 599 GTB Fiorano F1 (Lot #721) has a V12 engine capable of producing 612 horsepower and is finished in stunning Rosso Fiorano paint with a Cuoio leather interior complemented with carbon-fiber trim.