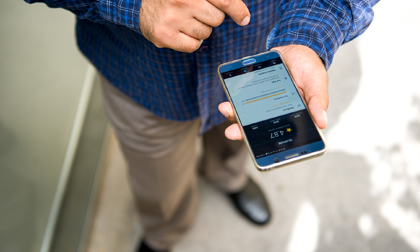 SCOTTSDALE, ARIZ. – Jan. 5, 2017 – Barrett-Jackson, The World’s Greatest Collector Car Auctions®, has teamed up with Uber to serve as the official public transportation network partner during the 46th Annual Barrett-Jackson Scottsdale Auction, to be held Jan. 14-22, 2017, at WestWorld of Scottsdale in Arizona.

“Our team is always seeking new opportunities to make our Barrett-Jackson experience even better and more enjoyable,” said Craig Jackson, chairman and CEO of Barrett-Jackson. “As our designated transportation partner, Uber will be a wonderful alternative for our guests who prefer to be dropped off and picked up at our entrance, rather than drive themselves to the auction.”

As the official public transportation network partner, Uber will have a designated location for drop-off and pick-up at WestWorld of Scottsdale. Additionally, Uber – in conjunction with Miller Lite, the Official Beer of the Scottsdale Auction – is offering a special promotion during the Scottsdale Auction. Users will enjoy their first ride free, up to $15, when they sign up at Uber.com/app and enter the promo code BARRETTJACKSON. The promotion is valid between Jan. 14- 22, 2017. A dedicated support desk will be available to auction guests without smart phones.

“Barrett-Jackson has always been the trend-setter in the collection car industry and continues to blaze new paths,” said Jackson. “We were the first auction to broadcast on live television, first to offer Internet bidding and now the first collector car auction company to officially team up with a brand that represents the future of public transportation services and technology.”